Posted by TennisNews.com on October 3, 2015 in Tennis News 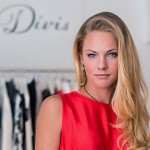 The 15-year-old right hander from Moscow, Russia, will try to win her second professional tournament at the seventh annual ROCK HILL ROCKS OPEN in October.  Her first win came in 2014 in Kazakhstan.

“I try to win with my concentration, self-composure, readiness to fight until the very last second, and – most importantly – using my head,” said Sonya, who is a chess fan.  “You have to be intelligent to win (pro tennis) matches.”

Sonya, also known as Sofya, was awarded a Wild Card into the ROCK HILL ROCKS OPEN, a $25,000 USTA Pro Circuit women’s tennis tournament.  The event will be October 11 to 18 at the Rock Hill Tennis Center in Rock Hill, SC.

“Frankly, I like chess very much,” said Sonya, who lives in Bradenton, FL, and trains daily at the IMG Academy tennis courts.  “I am not a huge master (of chess), rather a fan.  I like the clash of nerves, knowledge, and first of all – minds.”

Sonya started playing ITF (International Tennis Federation) Pro Circuit events in 2014 as an amateur.  She has continued to play the ITF Juniors Circuit, and earlier this year she won the women’s singles Junior Championship at Wimbledon.

“I feel the same about tennis (as chess),” said Sonya, who swings a Wilson racket.  “Clash of minds in front of my dear fans – this is what makes the game special for me.”

When Sonya’s not on the tennis court, modeling clothes is her passion.  She works with IMG Fashion agency.  She also cooks desserts, reads, watches movies, and listens to music.  She likes the music productions of Avicci, a Swedish DJ, and her favorite tennis star is her fellow Russian, Maria Sharapova.

While traveling in Europe, Sonya trains and conditions with coaches in Belgium and Russia.  They helped her gain earlier success on the Juniors Circuit.  In Brussels she practices at the Justine Henin Tennis Academy.

Sonya’s father, Andrey, is a businessman in Moscow.  Her mother, Nataly, lives and travels with her.  Sonya has an older brother, Alexander, who graduated from Moscow University and is pursuing a music career.  Seeing him play tennis sparked her childhood interest.

“I want to move gradually into my (tennis) career, gaining the experience I need,” she said, referring to the ROCK HILL ROCKS OPEN.  “The event is an important stepping stone for me.”