The Season Of Changing Coaches Has Begun

The Season Of Changing Coaches Has Begun
November 12, 2015
Notice: Undefined variable: page_title in /home/tennisne/public_html/wp-content/themes/dante-child/single.php on line 205 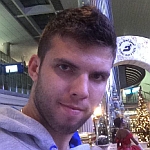 The coaching changes have begun on the men’s tour as the mid-ranked players look to put in good offseason training and put themselves in a position to climb upwards when the circuit resumes.

One of the top young prospects, Jiri Vesely, will begin working with Tomas Krupa, the previous coach of Tomas Berydch who has also worked with Radek Stepanek. ‘I hope to have the same success with him that he had with other players,’ Vesely told a Czech website.

The 22-year-old from the Czech Republic is ranked No. 41, down from No. 35 towards the beginning of the season.

Another young player, Spanish 24-year-old Pablo Carreno Busta, is taking on two coaches, having dropped to No. 68 from his high of No. 49 at the beginning of the season. He will be working with Cesar Fabregas and Samuel Lopez, both experienced coaches.

Other Spanish players looking for coaches are Tommy Robredo and Marcel Granollers, while Fernando Verdasco is set to announce a new name.

Others who have recently changed coaches include Gael Monfils and Somdev Devvarman.