Male Grooming Has Become Something To See At The 02

Male Grooming Has Become Something To See At The 02
November 20, 2015
Notice: Undefined variable: page_title in /home/tennisne/public_html/wp-content/themes/dante-child/single.php on line 205

Posted by TennisNews.com on November 20, 2015 in Tennis News 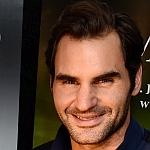 Male grooming has become a major issue at the Barclays ATP World Tour Finals in London this week. First Andy Murray chose to some do-it-yourself haircutting to pass the time at one match while Roger Federer has chosen the unshaven look throughout the course of the week.

Federer insists he is most certainly not emulating Bjorn Borg who during his pomp, refused to shave until he lost at the French Open and Wimbledon. As the Swede won the two Grand Slam titles back to back from 1978 to 1980 that meant a lot of facial hair.

The fact Federer’s long-term endorsement contract with the razor and shaving products company Gillette, was not renewed earlier this year after having been in place since 2007, might have something more to do with the 34 year-old’s new hirsute look.

Federer maintains he has the all clear to continue his facial growth from his wife Mirka, although the decision to try a beard was entirely his own decision. “If it itches too much, I’ll take it off,” he stressed. “If my girls can’t stand it, I’ll take it off. If I look in the mirror and I don’t like it, I’ll take it off. Maybe I’ll think of Santa and keep it. Christmas is around the corner. I don’t know yet.”

Getting back to tennis matters, Federer revealed he was unaware how close he was to again overtaking Murray to secure the year ending world no.2 spot. And while the Scot insisted it was a major goal of his, being the second seed in January’s Australian Open an important by-product, Federer doesn’t see the matter as too crucial.

Basically Murray required two wins in his group matches to secure the year-ending no.2 ranking and his Wednesday defeat against Nadal put things in jeopardy.

“I don’t even know what it takes and I have not thought about it at all since coming here,” said Federer after completing a 100 per cent record in group matches for the seventh time in 13 attempts after beating Kei Nishikori 7-5, 4-6, 6-4.

He continued: “I see no importance to it for me personally, if it’s 2 or 3. As well for the Australian Open, to be ranked 2 or 3 for me has no impact. It could be important to some people, but I think for us personally the tournament is way more important than the rankings at this point.”