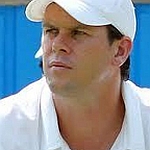 Britain’s Davis Cup winning coach Leon Smith has admitted he is tempted by the prospect of moving onto the ATP World Tour and coaching one of the world’s leading players.

In recent days several vacancies have occurred after top players such as Milos Raonic and Borna Coric split with their existing coaches. British Davis Cup player Kyle Edmund is also on the look out for a new coach after a parting of the ways with James Trotman and Smith was by his side as he won the recent Copa Fila title on Argentine clay in Buenos Aires.

“I’ve always said that I would quite like to coach a player on the main tour at some point,” admitted Smith who made his name in Britain by being Andy Murray’s coach until the current world no.2 was 17 years of age  “I like what I do just now but I certainly can’t keep doing that forever and I’m nowhere near retirement age so I’ve got a bit of work to do.”

Smith was appointed British captain in succession to John Lloyd five and a half years ago and although he thrives in the job, he is known to have become disenchanted with a diminishing role within the Lawn Tennis Association.

Jamie Murray insisted the LTA should work overtime to keep Glasgow-based Smith in his post. “I think the LTA really needs all the best coaches they can get,” said the doubles playing Scot. “Leon has obviously proved that he’s a great coach, and a great leader as well. It would be stupid not to want to have him on board and taking British tennis forward.”