Posted by TennisNews.com on December 4, 2015 in Business News 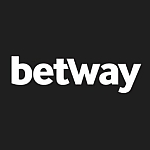 Having just announced a sponsorship agreement with Davis Cup and Fed Cup, Betway, an online betting company, is moving further into tennis by becoming a sponsor of the exhibition event at London’s Royal Albert Hall.

The European-based online bookmaker will be the biggest sponsor of the six-player event, which features retired names like Tim Henman as well as tour players like Jamie Murray and David Ferrer. It recently announced that Andy Murray would also be playing the tournament, which uses tiebreak scoring instead of regular sets.

The tournament promises to be an exciting, innovative addition to the tennis calendar,” said a statement from company executive Anthony Werkman.

“After being a partner for a thrilling Davis Cup final, it allows us to expand our sponsorship in the sport with another event that is a perfect match.”
The company sponsors other British sporting events including soccer, darts, and snooker.

“Betway has shown its commitment to sport, and tennis in particular recently, and we look forward to working with the team this weekend and on future tournaments,” said the tournament director in a statement, adding that the organizers plan to hold similar events elsewhere.

Betting sponsors have been controversial in tennis, given the sport’s anti-corruption efforts, but several tournaments from the Grand Slam level to regular tour events now have associations with such companies. The ATP 500 event at Hamburg was sponsored by another bookie, bet-at-home, until the company recently announced it was not renewing the agreement.

Tennis is the second-largest sport for online gambling, following only soccer, and has experienced regular problems with suspicious betting patterns during matches.