Posted by TennisNews.com on April 30, 2016 in Tournament News 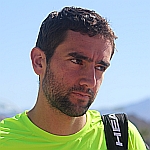 The spring schedule of 2014 US Open winner Marin Cilic remains uncertain after the Croatian withdrew from next week’s Madrid Masters with a knee injury which has not yet healed. Cilic, who has never been past the third round in the capital, also missed Monte Carlo a fortnight ago and has yet to start his pre-Roland Garros clay campaign.

The ATP No. 12 has not competed in more than a month after a March 27 loss to Gilles Simon in the Miami third round on hardcourt. Cilic remains in doubt for Rome the week after Madrid and could be a question mark for the pre-Paris clay event in Geneva headed by French Open holder Stan Wawrinka.

Meanwhile Cilic, who has earned more than $13 million on court so far in his career, is setting up his own charity foundation dedicated to helping orphans. “I decided to start the foundation several months ago,” the Croatian told the ATP website.

“An organization in Croatia that I helped works with kids in orphanages until they turn 18; from then they are more or less on their own. They have to start making money, they can’t go to university and make the best out of their potential.

“That’s one of the things I was trying to help with last year, raising awareness and helping the kids who are 13 and 14 to save up some funds, so that when they are older and on their own, they can cover expenses and go to university.”

Cilic will do his bit in the best way he knows, staging charity exhibitions for foundation fund-raising when he can fit the dates into the busy tournament schedule.