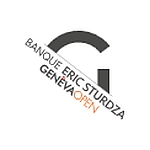 WAWRINKA TOPS CILIC FOR TITLE; QUERREY/JOHNSON CLAIM FIRST TEAM CROWN
– Stan Wawrinka won his third title of the season and first clay-court title of the year in Geneva. The 31 year old has now won 14 tour-level singles titles.
– The Geneva title also gives Wawrinka his first career crown in Switzerland. Wawrinka had played for the singles title in Gstaad in 2005 and for the doubles title there in 2004 and 2008 but lost all three times.
– The World No. 4 should have renewed confidence in his clay-court game as he looks to defend his title at Roland Garros.
– Cilic made the final in his first tournament since the Miami Open presented by Itau and in his first clay-court tournament of the season. He had been out with a knee injury.
– Sam Querrey and Steve Johnson claimed their first team title on their third try. The Americans had lost in the BB&T Atlanta Open final in 2014 and earlier this year at the Memphis Open final.
– Querrey and Johnson were playing in Geneva for the first time and beat Raven Klaasen and Rajeev Ram, who were runners-up at the Miami Open presented by Itau, an ATP World Tour Masters 1000 tournament.

What The Players Said

Wawrinka: “It’s a dream come true to be able to win a title in Switzerland, after all these tournaments and winning Davis Cup. To be able to do it here in Geneva, in the event’s second year is something special. The fans were great. They made a lot of noise today.

“Marin is a great player. Of course he’s had some injury problems of late but he’s the type of player who can always step up against the best in the world. He really ramped up the pressure toward the end, with those set points, so it was nice to be able to finish off the match.”

Cilic: “It was very good today. Playing Stan is never easy. I was expecting a tough match, a tough battle and that’s what happened. I think second set I pushed him really, really hard and I was there, very close to a third set.

“It was an amazing week for me… I definitely have great enthusiasm now for (Roland Garros).”

Querrey: “It was great to get a win here… We’re both really excited.”

Johnson: “This is my first title, singles or doubles, so I’m excited to get a win… It’s going to be a fun train ride to Paris tonight.”