Posted by TennisNews.com on October 22, 2016 in Results 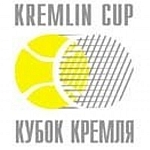 Final Quotes
Svetlana Kuznetsova: “Before the match, when I was warming up, my body hurt. I felt tired, I didn’t really know how I was going to play. I concentrated and thought that I had to be over it. Before the match I had the energy and the desire to play. I wanted to show good tennis and I am happy I succeeded. I fought in every match. I tried to win. I had very tough matches because I didn’t felt comfortable with the tennis I played. But I understood I could win even with bad tennis. I leveled up my tennis.”