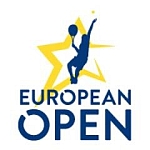 GASQUET WINS 14TH ATP WORLD TOUR CROWN; CANADIAN-FRENCH DUO PREVAIL
– Richard Gasquet claimed the inaugural Antwerp title, his 14th ATP World Tour crown.
– It was Gasquet’s second trophy of the year, having prevailed on home soil in Montpellier.
– The Frenchman was ruthless on his first serve, claiming 29 of 33 (88 per cent) of such points.
– Schwartzman was bidding for his second ATP World Tour title in his second final. He captured his maiden title on the clay of Istanbul (d. Dimitrov) earlier this year.
– Daniel Nestor and Edouard Roger-Vasselin continued their unbeaten streak in 2016, moving to 7-0 as a team this year with the Antwerp title.
– It was Nestor’s 91st career tour-level crown and No. 13 for Roger-Vasselin.

WHAT THE PLAYERS SAID
Gasquet
“It was a tough match, especially in the first set when I was leading 5-4 40/0 on my serve. It was important for me to win the tie-break and I took a lot of confidence into the second set. It was a great match for me and I was the favourite to win, so it’s important for me.

“I’m very happy with the week. All the matches were tough and there were a lot of great players here. It’s always nice to have a title.”

Schwartzman
“I am happy because the week was really good for me. I played a great first set and fought back. The tie-break was really close. Richard improved a lot in the second set and played really well.

“It’s my second final of the year and my first on indoor hard courts. I’ve improved a lot. It’s really nice for me. I stayed focused.”

Nestor
“At this point in my career, whenever somebody asks me to play, I say yes. Eddie and I have always played well together, so we tried to take the opportunity. Usually the successful teams find a good connection immediately.”

Roger-Vasselin
“Benneteau didn’t want to play this week, so I had to find a different partner. I saw Daniel last week and he knew I was looking for someone. It was a great week”