Stosur, Tomic and Millman Returning to Brisbane as Queensland

Posted by TennisNews.com on November 10, 2016 in Tournament News 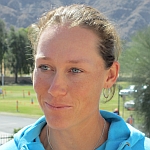 Queensland’s Sam Stosur, Bernard Tomic and John Millman will join the all-star field set to compete at the Brisbane International presented by Suncorp this summer.

Stosur, the 2011 US Open champion, returns to the Sunshine State for her seventh appearance at the tournament.

“I always look forward to Brisbane, it’s a rare chance for me to play in Queensland in front of my home crowd,” Stosur, the world No.21 said.

“I love playing on Pat Rafter Arena, it’s the perfect way to start the hardcourt season and prepare for the Australian Open.”

World No.26 Tomic will be back and will be looking to improve on his 2016 semifinal result.

“I always enjoy starting the year at my home event and I’ve had some of my best results there,” Tomic said.

“After the Christmas and New Year break it’s important to have a strong start and I’ll be looking to bring my best tennis and repeat my semifinal effort or better that performance.”

World No.71 Millman will also start 2017 at home following a career best season in 2016, which saw him reach the third round of the Australian Open and Wimbledon.

He also made his mark as a first time Olympian in Rio, becoming the first man to win 6-0 6-0 in men’s singles at an Olympic Games with his win over Lithuanian Ricardas Berankis.

Millman holds fond memories of Pat Rafter Arena where he challenged Swiss maestro Roger Federer in 2015 and gave new world No.1 Andy Murray a scare in 2013, pushing both players to three sets.

“I’ve definitely played some of my best tennis at the Brisbane International. The crowd is electric out there on Pat Rafter Arena and I couldn’t think of a better way to start 2017,” Millman said.

“The tournament is once again going to have a really strong field. To have five of the top 10 men’s players in the world coming to Brisbane speaks volumes for the event, but it will mean I need to be ready to go come January.”

Minister for Tourism and Major Events Kate Jones today also announced the Queensland Government had renewed their agreement to support the Brisbane International for a further five years.

“It brings significant exposure to Queensland as one of the first international tournaments of the tennis year, as well as attracting many locals who get to compete in front of a home crowd.

“The Queensland Government’s renewed support through Tourism and Events Queensland ensures this tournament continues to deliver benefits for Queensland.”

Brisbane International Tournament Director Geoff Quinlan says it’s exciting to continue our partnership with Tourism and Events Queensland and to see such a quality representation from Queensland competing at the event in January.

“It’s great to have such a strong local showing at the tournament. It’s certainly one of the toughest line ups we’ve ever seen – a good test for our Queensland players,” Quinlan said.

“Nothing excites fans more than watching their home grown heroes up against the best players in the world. I can see some classic match ups coming in 2017 and the courtside crowd is going to love it.

“Tourism and Events Queensland has played a significant part in growing the Brisbane International into one of the highest profile international sporting events in Queensland.

“We are absolutely thrilled to continue this partnership for another five years.”