Lucie Safarova Was Scared In The Hospital, But Has Recovered

Lucie Safarova Was Scared In The Hospital, But Has Recovered
October 28, 2015
Notice: Undefined variable: page_title in /home/tennisne/public_html/wp-content/themes/dante-child/single.php on line 205

Posted by TennisNews.com on October 28, 2015 in Tennis News 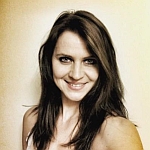 The lefty Lucie Safarova was playing better than she ever had. The Czech had reached the final of the French Open, knocking off a series of fine players: Sabine Lisicki, Maria Sharapova, Garbine Muguruza and Ana Ivanovic. The 28 year old wasn’t able to upend No.1 Serena Williams in the final, but she pushed the American into the third sets and at the very least, she didn’t panic.

However, on the hard courts during the summer, she reached the final of New Haven a few days before the US Open began. She was facing against her fellow Czech Petra Kvitova, but then she had an abdominal tear and she could barely play. At the US Open, she went down in the first round. Her body was in serious trouble. Before she knew it, she had to go to a hospital and stay there.

“I got bacterial infection, which I had to be hospitalized for a week,” Safarova said. “It took me longer than I was expecting to recover.  I was still hoping to play any of the Asian tournaments, but I wasn’t recovering as fast.  I had to pull out.  I didn’t really know what it was.  It was at some point a little scary.

Then when they found the right treatment and I started to recover, I knew I will be able to make still some tournaments.  I just didn’t know how fast I could come back.”

Two weeks ago, Safarova played Linz and last week, she competed at Moscow. She lost early, but she says that she feels pretty strong and moving well.

For the first time, she has made it at the WTA Finals, with only the top 8 players can compete. She may or may not win the event, but she believes she has vastly improved in 2015.

“I’ve been improving through last couple years already,” she said. “I’ve been climbing the rankings.  It hasn’t been as fast as some other players jump there.  But the more I really enjoy it, I’m thankful for it.

I have been sick, but most of last couple years I’ve been pretty healthy, working on my game.  I’m also more older, so I’m maturing more, enjoying the tennis a lot, look at it a bit different. I think it’s just everything together.”