Posted by TennisNews.com on November 8, 2015 in Results 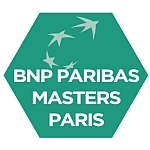 DJOKOVIC WINS 10TH TITLE OF 2015; DODIG/MELO CLAIM DOUBLES CROWN
– Novak Djokovic defeated Andy Murray in the BNP Paribas Masters final on Sunday to secure a record sixth ATP World Tour Masters 1000 title in a single season.
– Djokovic is now 27-4 against Top 10 opponents this year, and claims his 26th Masters 1000 crown.
– The top seeds met for the first time in a Paris final since 1990 (Edberg/Becker).
– Djokovic improved to 21-9 against Murray and has won 10 of the past 11 meetings.
– Ivan Dodig and Marcelo Melo captured their third tour-level team title of the season on Sunday.
– They defeated Vasek Pospisil and Jack Sock, who fell just short in capturing the final doubles berth at the Barclays ATP World Tour Finals.

Djokovic: “There was couple of games in the second set where Andy started turning things around, so things could have gone different way as they did maybe yesterday against Wawrinka at same stage. But I managed to stay tough. It was, all in all, the best performance of the week, and it came at the right time.

I’m hoping that I can repeat the kind of performances and success I have had [at the Barclays ATP World Tour Finals] in previous years. [The O2 Arena] is a great stage for a tennis tournament.”

Murray: “It was a pleasure to play here this week in the beautiful new stadium. Congratulations to Novak. It’s been a great year for him. It’s been a great week for me – first time past the quarter-finals. That’s progress and I hope to be back next year.”

Dodig: “They really started sharp in the match. We didn’t have that many chances in the first set. For a set and a half they were the better team. Then suddenly we broke them for the first time and the match turned our way. In the Match Tie-break we came out a little more like ourselves and with more concentration on the important points. In the end, it was a very good match. The Match Tie-break was very exciting for the crowd and for us. We managed to win, which is great for us.”

Melo: “I think the confidence I got from the last tournaments and this one with Ivan helped us to come back in one more match. This year has been so special for us. It’s special for me because I’ve now won four titles in a row, I’ve become No. 1, I’m going to be year-end No. 1. So I’m very happy for that. “We have a little bit more pressure now going into London. But it’s one tournament we love to play. We always play well there and I think our team is in the best shape now.”
Tournament Information
ATP World Tour Masters 1000  € 3,288,530 (€ 3,830,295 Total Financial Commitment)
Paris, France (+1 hour GMT)
2-8 November 2015   Surface: Indoor Hard