In Addition To Celebrating, The Champion Davis Cuppers Unload On The LTA

In Addition To Celebrating, The Champion Davis Cuppers Unload On The LTA
December 2, 2015
Notice: Undefined variable: page_title in /home/tennisne/public_html/wp-content/themes/dante-child/single.php on line 205 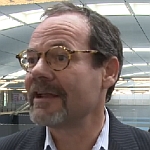 The morning after the triumphant evening before was designed to be a happy gathering for British tennis. Instead it turned into a withering attack on the Lawn Tennis Association and chief executive Michael Downey in particular as Andy Murray and his team-mates aired their grievances.

The LTA even facilitated the 10am press call in the team’s hotel but were soon made to question their decision and Murray, Leon Smith and the other members of the team took the opportunity to air grievances that obviously had been festering for some time.

Murray made it clear his relationship with Downey, headhunted from Tennis Canada in 2013, is effectively futile and there is consequently no point in spending too much time with the LTA’s chief executive. So although Downey was parading around in a red, white and blue Great Britain team jacket after the Britain’s first Davis Cup title in 79 years, he is not viewed with any respect by the players.

“Sometimes I feel like you waste time because nothing ever gets done,” said Murray revealed he has spent the sum total of just ten minutes in conversation with Downey since the Canadian took office. “So I don’t want to waste my time talking about stuff.”

Murray was backed up by his elder brother Jamie, the pair putting Britain on course for the Davis Cup final win over Belgium in Ghent by their doubles win on Saturday. “Andy has done such amazing things in his career and for tennis in this country,” he said.

“And now we have won the Davis Cup, we have got a good chance to make the most of it. But unfortunately, it does not seem that it is happening and that needs to change.”

The root of discontent seems to stem from two major issues. First, Downey’s decision, in collusion with former Head of Performance Bob Brett, to stop the £40 million (US$60.3m) National Training Centre at Roehampton, built as recently as 2007, from being the fulcrum of British tennis training. And secondly the paucity of British male junior’s emerging through the LTA’s programs.

The younger, more successful Murray said: “I don’t know where the next generation are. It is a shame because, regardless of whether or not we had a load of players at the top of the professional game, the juniors were never a problem before.

“We used to have junior No. 1’s, and juniors competing for grand slams on the guys’ and the girls’ side. It was just that bringing them on to become the best seniors was something we weren’t so good at. Whereas now we don’t even have the juniors. Katie Swan is a very good young girl but there are not loads coming through.”

Murray was also critical of the decision to effectively vacate the NTC, leaving only LTA office staff in place in the state-of-the-art building.  “I went to the NTC to practice for a couple of days after Shanghai,” he said. “I was there on the Monday and Tuesday at three o’clock and there was not one person using any of the indoor courts and not one person in the gym.

“I took photos of it because the place cost like £40 million and there are no people. It doesn’t necessarily have to be performance players, but there’s just nothing going on. And it’s such a shame.”

British captain Leon Smith, once Head of Men’s and Women’s Tennis at the LTA concurred: “I would guess £25 million has gone into junior programs,” said Murray’s fellow Scot. “Maybe it is spread too thinly but it’s not worked, because there are no juniors.”

Mindful that Peter Keen, British Cycling’s former Performance Director has been installed at the LTA in a similar, albeit interim role, Smith continued: “There’s been so much change and every time you change, you have to start again.

“When we had a squad at the NTC, there was something that you could attach younger players to. That ­certainly would have helped a good 14, 15 or 16-year-old. It was the decision of Michael Downey and Bob Brett to move that on. It will be interesting what Peter Keen decides to do.”