Ana Ivanovic has accepted a wildcard into Apia International Sydney

Posted by TennisNews.com on January 7, 2016 in Tournament News 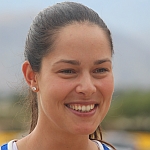 Former world No. 1 and 2008 French Open champion Ana Ivanovic (SRB) has accepted a wildcard into the women’s draw at Apia International Sydney 2016, joining four of the world’s top 10 women and three Grand Slam champions from 10-16 January.

The current world No. 16 started 2015 on a high making the final at the Brisbane International and went on to make semifinals at Roland Garros, Beijing and Monterrey.

Tournament Director Alistair MacDonald said he was thrilled to welcome Ivanovic to Sydney.

“Ana is a proven performer, a former No. 1 and a Grand Slam champion. On top of this she is a true fan-favourite and we are absolutely delighted she has accepted a wildcard,” said MacDonald.

“She joins a fantastic line-up of some of the best players in the world and there will be some outstanding match-ups for fans from the very first round.

“The rain is clearing in Sydney, with the forecast for next week looking fine so I encourage everyone to get their tickets and come down and enjoy the sunshine and some fantastic tennis.”