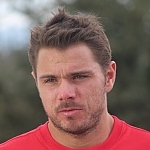 Stan Wawrinka takes to the court at this week’s Dubai event thankful for a change of tennis scenery after eight years a away from the popular desert hardcourt tournament.

The 30-year-old, seeded behind Novak Djokovic at the Aviation Club, remains keen to win his first match at the Gulf venue on his third appearance. The Swiss begins his campaign against Ukrainian Sergiy Stakhovsky.

Wawrinka said that mixing things up a bit is key. “Mentally it’s important to see some new events. After so long away, it seems like a new tournament, That gives good energy. It’s been many years since I’ve played here and I wanted to change things. A few years ago I went to South America to play on clay, then I returned to Europe to play in the years after that.”

Wawrinka’s obvious target is Djokovic, undisputed king of the game for the last year, with 11 titles in 2011 including three of the four grand slam events.

Djokovic fell short, though, at the Roland Garros final last June, losing to Wawrinka. “It was something special, something amazing. The French has always been a special event for me. It was great beating the No. 1 since he was such a big favorite,” the Swiss said.

But Wawrinka knows he will need to produce his top game from the start in the desert in his quest for the trophy.”It’s tough to beat Novak but there could be some opportunities,” he said of a potential Saturday final, “We’ve had some tough battles in grand slams.

“He beats me easily in best of three sets, but at the (five-set) slams I’ve been able to play my best tennis. I have a game I can trust and I know that I can beat him.”