Robson Taking The Rest Of The Year Off

Robson Taking The Rest Of The Year Off
October 15, 2015
Notice: Undefined variable: page_title in /home/tennisne/public_html/wp-content/themes/dante-child/single.php on line 205

Posted by TennisNews.com on October 15, 2015 in Tennis News 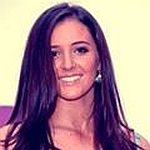 Laura Robson has had a 2015 she would probably care to forget and the one-time British child prodigy who was tipped for great things by no less judges of women’s tennis as Billie Jean King and Chris Evert, has announced she will not hit another competitive ball until next January.

Robson, who missed most of 2014 after undergoing surgery to her left wrist at Minnesota’s Mayo Clinic, finally managed a tour comeback after a 17 months long absence in June. Subsequently she has only managed to make two Grand Slam appearances this year and lost in the first round of both Wimbledon and the US Open.

In New York she insisted the remainder of the year would be spent playing lower key ITF Challenger tournaments with the aim of regaining her match fitness but after playing just two matches in Monterrey, Mexico (winning a qualifying round and then losing in the first round) she has decided to regroup again.

Robson’s management company IMG, under the instructions clearly of agent Max Eisenbud, has seen fit to release the following statement: “Laura’s team made a decision a few weeks ago that it’s more effective for her to spend the rest of the season focusing on training and fitness, and not spending the time traveling to the tournaments.”

She is currently ranked world no.547, the tenth placed British player on the WTA computer. In total, including qualifying rounds and ITF Challenger events, she has played eight tournaments and totaled just three victories this year.

It is understood Robson, an Olympic silver medalist alongside Andy Murray at London 2012, is not currently training and after spending time in the United States and visiting her parents in Greece, is believed to be currently in Britain.

According to the WTA, Robson will next year still be able to enter some tournaments by virtue of a protected ranking.