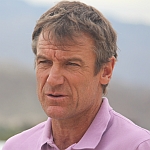 Nearly 25 years after their last encounter at the ATP World Tour-level, Pete Sampras and John McEnroe are on a collision course as the ATP Champions Tour rolls into Monterrey, Mexico for the first time. A rare combined event with the ATP Challenger Tour, the Monterrey Open boasts a star-studded field once again as six former World No. 1’s and Grand Slam finalists duel on the hard courts of the Sierra Madre Tennis Club.

Nestled adjacent to the Sierra Madre Mountains, the club boasts state-of-the-art facilities and has evolved into one of the most prestigious tennis locales in the country. This week, it welcomes Sampras and McEnroe, along with fellow former top-ranked players Thomas Muster and Mats Wilander as well as former major finalists Henri Leconte and Thomas Enqvist.

“I’ve played a lot of exhibitions in Mexico City and Guadalajara,” Wilander told ATPChampionsTour.com. “This is great. Looking at what’s happening in Mexico in the last 20 years, in not having many players on tour, it was a surprise to see the ATP event in Acapulco doing so well and the women’s tournament here in Monterrey is growing. Mexico has a great tennis tradition and it’s nice to see that they are back on the map in professional tennis.”

In Tuesday’s opening match under the lights, 1995 French Open champion Muster battles 1999 Australian Open runner-up Enqvist in what  will be their third encounter on the ATP Champions Tour this year. The Swede got the better of the Austrian in both Knokke-Heist and Mallorca, exacting revenge after falling in three of four meetings during their careers on the ATP World Tour.

In the second match on Tuesday, Wilander – one of three Swedes to assume the No. 1 spot in the Emirates ATP Rankings – renews his rivalry against 1988 French Open finalist Leconte. The Frenchman fell to Wilander in that final at Roland Garros.

“You remember your big matches and we’ve had some big ones,” Wilander said of facing Leconte. “We’re the same age. We’ve been very close since playing the European Junior Finals in 1979. I won that but he’s beaten me twice including the Stockholm Open final.”

With the game’s past, present and future on display, tournament director Hernan Garza is proud to welcome the ATP Challenger Tour event as well, and has aspirations of continuing to grow the game in Monterrey with a potential ATP World Tour 250-level event in the future. He says he wouldn’t be doing this if the passion for the sport wasn’t there.

“It’s been many years without a men’s tournament in the city,” said Garza. “And now we have two in one week. I think all these people remember players like McEnroe, Wilander and Sampras and that generation. We are very enthusiastic about this event. It could grow even bigger. We have a great team and I’m very proud. It’s one big family. My daughters work here. I hope we get a good crowd during the week and after we finish we’ll see the results. Our purpose is to keep doing this event and growing the game in Mexico.”

The winner of Muster vs. Enqvist faces Sampras in Wednesday’s semi-finals, while the winner of Wilander vs. Leconte battles McEnroe.

After the Monterrey Open, the ATP Champions Tour moves on to Verona and Modena (Italy), before arriving at the Royal Albert Hall in London in December for the season finale.