Posted by TennisNews.com on October 29, 2015 in Headline, Tennis News 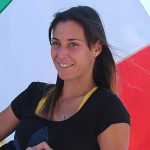 For Maria Sharapova, Thursday’s victory meant she’ll live to fight another day at the BNP Paribas WTA Finals Singapore presented by SC Global. But for Flavia Pennetta, the defeat meant she won’t be moving on to the semifinals – and that her long, illustrious career has come to an end.

For after winning her first Grand Slam title at the US Open last month, Pennetta announced she would be retiring from professional tennis at the end of the season – and this was her last tournament.

Pennetta’s intent to retire at the end of the year, which she announced during the trophy ceremony at the US Open, came as a shock to everyone. Here was a player who had been a top player for so long, who had finally reached the pinnacle – winning a major. It was the longest wait for a first major (49th played) and she was the oldest first-time major champion (33 years & 6 months) in the Open Era.

And before that fairytale in New York, Pennetta had sent shockwaves across the tennis world many times. In 2009 she became the first Italian woman to reach the Top 10, in 2011 she became the first Italian player, male or female, to become No.1 in tennis, doing it in doubles, and, after undergoing wrist surgery in 2012 and falling as low as No.166 in the world in 2013, she reminded everyone what she was capable of in 2014, winning the 10th and biggest WTA title of her career at Indian Wells.

But it was her run at the US Open this year, where she scored back-to-back Top 4 wins over Petra Kvitova and Simona Halep en route to her first Grand Slam final and beat countrywoman and longtime friend Roberta Vinci in an all-Italian final, that truly cemented her place in tennis history.

And what better place to wrap up her illustrious career than at the WTA’s crown jewel event, the WTA Finals, after putting on a dazzling display of tennis against one of the sport’s all-time greats.

Want to know more about Pennetta? Here’s a summary of her long, successful career:
– She played the first tournaments of her career on the ITF Women’s Circuit in Italy in 1997 (and at her very first tournament, in Galatina, she played doubles with Vinci)
– She turned pro on her 18th birthday on February 25, 2000
– She won 11 WTA titles (Sopot in 2004, Bogotá & Acapulco in 2005, Bangkok in 2007, Viña del Mar & Acapulco in 2008, Palermo & LA in 2009, Marbella in 2010, Indian Wells in 2014, US Open in 2015)
– She became the first Italian woman to break the Top 10 on August 17, 2009 (after a 15-match winning streak that brought her titles at Palermo and LA and took her to the semifinals of Cincinnati)
– She also won 17 WTA doubles titles (the two biggest being the WTA Finals in 2010 and Australian Open in 2011, both with Dulko) and rose to No.1 in doubles on February 28, 2011 (becoming the first Italian player, male or female, to reach No.1 in either discipline in tennis, singles or doubles)
– She pulled off a rare singles-doubles feat on Friday, October 7, 2011, beating Wozniacki in singles and Huber/Raymond in doubles – at the time, Wozniacki was No.1 in singles and Huber was No.1 in doubles, making Pennetta just the second player ever to beat both singles and doubles No.1s on the same day (Graf was the only other woman to achieve the feat on Monday, May 19, 1986 in Berlin)
– She reached the quarterfinals seven times at Grand Slams, six times at the US Open (Won in 2015, SFs in 2013, QFs in 2008, 2009, 2011 and 2014) and once at the Australian Open (QFs in 2014)
– By winning the 2015 US Open, she became the oldest first-time Grand Slam champion in the Open Era (at 33 years and 6 months – no one else even won their first Grand Slam title in their 30s), she had the longest wait for a first Grand Slam title in the Open Era (it was her 49th Grand Slam main draw) and she was also just the second Italian woman to win a Grand Slam title (after Schiavone)
– The WTA Finals in Singapore in 2015 was the last tournament of Pennetta’s career