Posted by TennisNews.com on December 9, 2015 in Business News 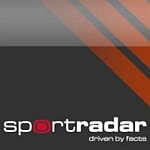 The ITF has signed a new deal with Sportradar for scoring rights that is five times their previous agreement, according to Bloomberg.

The online sports statistics company is said to be paying $14 million a year for access to scoring data from the ITF’s 1,500 events, including some of the smallest professional events on the ITF Pro Circuit.

The company will in turn supply betting companies with the data, which will be more up-to-date than anywhere else, including the ITF website.

Betting on tennis accounts for 18 percent of sports gambling, according to the publication.

The ITF’s rights were attractive because of the high amount of events and matches, allowing a high volume of gambling opportunities, including point-by-point betting.

“The betting sector has probably been the sector with the strongest appetite for sports data and the basis for data’s successful commercialization,” said Johannes Ranke, who manages sports data deals for the company.

The company won the ITF’s recent request for bids on its scoring rights. It receives scores through the official system at tournaments, and will also be allowed to collect them itself at events that do not have such infrastructure.

By contrast, the scoring rights for Major League Baseball were sold for only $3.5 million.

The ATP and WTA also have deals for rights to their scores.