Andy Murray Wants To Speed Up Play On Slow Courts 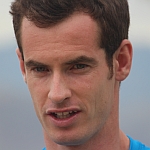 As he prepares to travel to Asia for his IPTL appearances, Andy Murray cannot help but worry about what he perceives as the slowing speed of courts around the world. The Scot who led Britain to a rare Davis Cup triumph a fortnight ago, particularly blames Wimbledon as well as the indoor surfaces.

“I think tennis could do a better job of adjusting the surfaces,” the world No. 2 told British media. “Indoor courts are probably too slow, grass courts are also too slow.”

The Scot got his eye in last week in London as he played an experimental set with Davis teammate Kyle Edmund, which ended the with youngster posting a tiebreak victory worth a career-record $250,000 to the excited challenger.

Murray has not been shy in voicing his ideas on how the sport can be improved at the top ATP level – all of which revolve around making things all go a bit quicker.

“But we were told after the Australian Open a few years ago, when I had that semi-final with Novak and then he played with Rafa in the final, we were told that none of the TV companies complained about the semis or the final being too long, it was great for them, so I don’t really know how much of a problem it is.”

Some moves are already being made, with Davis Cup set to introduce fifth-set tiebreakers to modify a long-held tradition. Murray would also accept a shortening of sets if possible.

“One of the things they could do is make the sets slightly shorter, rather than changing the whole scoring system. Like having a tiebreak at five-all or in some of the events, playing the sets to four, that could potentially work.”