Posted by TennisNews.com on December 26, 2015 in Tennis News 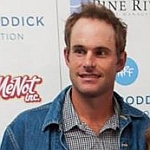 Former No. 1 Andy Roddick cannot help but be impressed by the top players who followed his own ATP generation, with Rafael Nadal and Novak Djokovic given special praise by the last American to win a grand slam event title well over a decade ago.

“I hope that people enjoy them because we’ll miss them when they won’t play anymore,” the 33-year-old said of the “Fab Four” players comprising Djokovic, Andy Murray, Roger Federer and Nadal.

Nadal spent 2015 regaining his game after early struggles and a temporarily fall out of the ranking top 10. Roddick says Roland Garros 2016 will be key for the Spaniard who turns 30 in June. “He can find confidence again winning that tournament. But to lose on that court knowing to be a big dominator on that surface. . . I’m very curious to see what will happen,” said Roddick, whose wife Brooklyn Decker recently gave birth to the couple’s first child.

Roddick called 2015 dominator Djokovic “certainly the favorite in every tournament. He is very solid and never loses in the first rounds.

“In every tournament you know he’s always there. During US Open they had said that it would have been difficult for him to win and he then won the tournament. He doesn’t have any weakness. He moves in an incredible way on the baseline. I think they don’t speak enough about him.

“Watch Roger Federer, he has become one of the best players in the history just like Rafa and even Andy Murray who is world No. 2. . . .it’s a very special moment to watch tennis.”

Roddick is also keeping his eye on others in the game, including 2014 US Open champion Marin Cilic, who he calls a “microwave because he warms-up quickly and he’s able to beat everyone. Last year Cilic showed that it’s not only about Fab Four.

“It will be interesting to see how (Milos) Raonic, (Kei) Nishikori and (Grigor) Dimitrov will return even if they are a couple of steps behind them, but we will see if they are able to raise the level and be competitive with Fab Four.”