Posted by TennisNews.com on January 7, 2016 in Business News 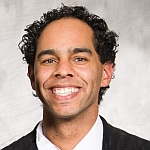 Professional Tennis Registry (PTR) is pleased to announce that Marc Stingley has joined the staff as Diversity & Inclusion Coordinator.

Prior to his move to Hilton Head Island, Stingley spent 12 years at Fred Wells Tennis & Education Center in St. Paul, Minnesota, developing many of the USTA Northern’s most successful juniors, including six NCAA DI players, two DII players, five DIII players, and two All Americans.  During his tenure as Director of Tennis, Fred Wells received the PTR Public Facility of the Year Award.

USTA Northern has recognized Stingley with two prestigious awards:  Junior Development Coach of the Year and Junior Team Tennis Organizer of the Year.  In addition, Stingley was named PTR Member of the Year for Minnesota, and his family received the USTA National Family of the Year award.

Growing up in a tennis family, Stingley honed his skills on the varsity team at St. Paul Central High School.  He played college tennis at Winona State University, where he won the conference doubles championship twice and was a three-time conference singles finalist.

Stingley began teaching the game at 15 and by 21, was PTR certified.  He is now a PTR Clinician, and was in the first class to earn PTR’s highest certification of Master of Tennis – Performance.

“Having such a knowledgeable, experienced and hard working person to be the PTR’s first D&I Coordinator is a huge positive for PTR and our sport,” said Dan Santorum, PTR CEO.  “Marc knows what it takes to Make a World of Difference.”

PTR is the largest global organization of tennis teaching professionals with more than 15,000 members in 127 countries.  It has the greatest percentage of multicultural and women members of any such organization.  PTR is dedicated to educating, certifying and servicing tennis teachers and coaches around the world in order to grow the game.