Stephens And Bouchard To Play Charleston

Posted by TennisNews.com on February 27, 2016 in Tournament News 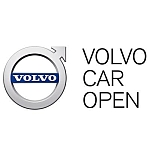 The 22-year-old Stephens and 21-year-old Bouchard have both played in Charleston before. This year will mark Stephens’ sixth appearance in the field and Bouchard’s fourth.

Stephens, ranked World No. 24, is off to a great start for the 2016 season. The American won her second WTA title at the ASB Classic in Auckland last month. The 2015 season proved to be a successful one for Stephens. She won the first WTA title of her career in August of 2015 at the Citi Open. In addition to her win in Washington D.C., she made the semifinals in Strasbourg and Eastbourne, the quarterfinals in Miami and Seoul and the fourth round in Paris, at the French Open.

“I love playing on clay, it’s my favorite surface,” said Stephens. “I’m excited to kick-off the clay court season in Charleston again this year at the Volvo Car Open.”

Bouchard recently reached the Hobart finals in January 2016. Last year, she made the quarterfinals of the Australian Open and the fourth round of the U.S. Open. The 2014 season was a historic one for Bouchard, marked with semifinals appearances at the Australian Open and French Open, as well as her first Grand Slam final at Wimbledon. The Canadian also won her first WTA title at Nurnberg.

Bouchard made the quarterfinals of the Family Circle Cup in 2013 and the semifinals in 2014.

“I’ve had great tournaments in Charleston,” said Bouchard. “I really love playing in this city. The fans, the food, the tennis – it’s all amazing. I’m looking forward to being there again.”