Posted by TennisNews.com on October 30, 2015 in Tennis News 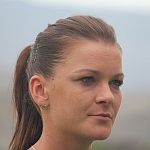 The new WTA CEO Steve Simon has said that he and the board of directors will sit down and discuss reducing the calendar.  Simon has acknowledged that it will be difficult to do so, but he will talk to the players and see what they can come up with.

The No. 6 ranked Aga Radwanska, who has lost two close matches at the WTA Final, says that she would like to go home earlier.

“Everybody is a different situation.  Sometimes you qualified many weeks before that; sometimes it’s just 24 hours,” Radwanska said. “So I think that’s what makes a huge difference.

I was playing all those weeks in a row and so many matches.  And that’s my decision, my choice.  I really want to be [in Singapore). But on the other hand side, it’s a lot. I think every week matters for us to have a little time off, even between tournaments.”

“Sometimes playing just one match; sometimes playing five matches in one week.  It’s really hard to sometimes make a decision for whole season when you going to play, because you never know how you going to do and what you going to play in the end,” Radwanska said. “For example, now fighting for Singapore.  I think nobody is getting younger, so I think every year you really have to think about where you’re going to play and pretty much learn with your experience how you feel playing all those tournaments, how you feel playing just some, less tournaments a year.

So it’s individual stuff.  Some of the players play a lot and some of them playing just almost just half of the tournaments.  It’s individual thing.”

The 25-year-old Radwanska has said that she isn’t sure where she will play next year. However, she is committed to the Olympics. She has played a tremendous amount of tournaments this year, but in 2016, she might cut it down.

“Definitely less and less, I guess, right now.  I think my calendar is pretty similar every year,” she said. “It’s maybe two or three tournaments different.  It’s always nice to go home, especially after long trips.  That’s what I’m trying to do all the time.  That’s for sure working for me very well.  Even when it’s just couple days at home, really makes you feel that you’re resting and that you have, power to go to another trip.”