Posted by TennisNews.com on December 14, 2015 in Business News 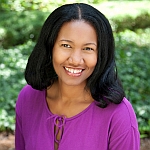 Jones, of Atlanta, joins USTA Southern after five years as Director of Community Outreach & Programs for the Atlanta Youth Tennis & Education Foundation. In that role she oversaw the management and operation of the more than 20 afterschool and summer programs, including the supervision of coaches and volunteers. Additionally, she developed strategic alliances with community leaders and local officials. Also, she was in charge of hosting programs like Play Days, sanctioned tournaments and Tennis Night in America events. She also wrote articles for Inside Tennis magazine.

The winner of numerous tennis awards including 2011 USTA Southern Mickey McNulty Family of the Year and USTA Southern NJTL Chapter of the Year, Jones has worked as an Executive Director of the Boys & Girls Club of Metro Atlanta and Associate Producer of the MBC Network/Black Family Channel. Other positions include working as a Project Recruiter for Youth Connections and as a Recreation Operations Assistant for the Atlanta Department of Parks & Recreation.

“We are very pleased to add Cee Jai as a vitally important member of our staff. We know she will make great strides in furthering our mission to grow tennis as she takes on our new post of Director of Diversity, NJTL and Grants,” Callen said. “Her notable experience as a professional and a volunteer in the areas of NJTL and Community Development will be a great asset for USTA Southern.”

Jones holds a Bachelor’s of Arts in Communication from Mercer University. Other honors she or her organizations have received include USTA Georgia NJTL Chapter of the Year, USTA Georgia Special Event of the Year and USTA Atlanta Member Organization of the Year.

Besides being an active tennis player, Jones has also volunteered as USTA Southern NJTL Committee Chairman, a member of the USTA Georgia Diversity Committee and a tournament official.  She has also served as a volunteer at the following events: the BB&T Atlanta Open and the USTA’s Arthur Ashe Kids Day.

She is originally from South Carolina, played collegiate basketball while at Mercer University, and is the proud mother of one daughter, Khali, a recent graduate of Tuskegee University.

Jones will begin work at USTA Southern on Dec. 7.