Jon Vegosen Appointed New ITA Chairman Of The Board

Posted by TennisNews.com on December 14, 2015 in Business News, College News 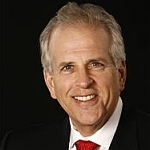 The Intercollegiate Tennis Association’s Board of Directors has unanimously appointed Jon Vegosen as Chairman of the Board of the ITA, with his role set to begin on December 12, 2015. Vegosen succeeds David A Benjamin, who announced his retirement after having served as Chairman for nearly four decades. Benjamin stepped down as Executive Director of the ITA on July 1, 2015, and was succeeded by Dr. Timothy Russell, who was appointed new Chief Executive Officer.

“I am deeply humbled and honored to have the opportunity to again serve collegiate varsity tennis, especially as part of the ITA,” said Vegosen. “I am eager to work with the ITA’s accomplished Board members, dedicated college coaches, valued partners, and talented staff led by CEO Tim Russell and COO Erica Perkins Jasper.

“David has set the bar remarkably high. The ITA, coaches, and players owe David an enormous debt of gratitude for making varsity college tennis an incredibly rich experience replete with exciting tournaments, fierce competition, awards for coaches and players, a summer circuit, campus showdowns, kids’ days, and a governing body that is the watchdog of varsity college tennis.”

Vegosen, who started playing tennis at 9 years-old, attended high school at The Peddie School. He was President of the Student Body his senior year, as well as captain of the varsity tennis team. He was a two-time recipient of the William E. Tompkins Prize, which is given to a member of the varsity tennis team who has demonstrated leadership, loyalty and sportsmanship, and who has shown the highest qualities of character and conduct. Vegosen walked on to the men’s varsity tennis team at Northwestern University, where he also played all four years. Graduating Phi Beta Kappa with Departmental Honors in Political Science, he was captain his junior and senior years and selected to the All Big-Ten Team. Vegosen attended Northwestern University School of Law, graduating Cum Laude. He was a member of the Editorial Board of the Journal of Criminal Law & Criminology and was a part-time tennis pro at McClurg Court Sports Center while attending law school.

Following law school, Vegosen served as a law clerk for a Federal District Court Judge in Chicago. Vegosen is a founding member of Chicago corporate and litigation law firm, Funkhouser Vegosen Liebman & Dunn Ltd. The firm will be celebrating its 35th anniversary in February 2016. Throughout his career, Vegosen has received the highest professional ratings from his peers. Vegosen has been a member of CEO organization Vistage International since 2002 and a speaker since 2004.

“Jon is the ideal individual to serve as the next Chairman of the Board of the ITA,” said Benjamin. “His credentials and experience are extraordinary. They, along with his keen intellect, multifaceted skillsets, boundless energy, and ambassadorial communication style, make him uniquely qualified to help take the ITA to the next level.”

Sheila McInerney, head women’s tennis coach at Arizona State University, ITA Board member and co-chair of the ITA Division I Operating Committee, said: “I had the privilege of serving with Jon on the USTA Collegiate Committee. His vision and dynamic leadership are superb. While he has big shoes to fill with David Benjamin’s retirement, there is no doubt that the ITA will thrive with Jon at the Board’s helm.”

Vegosen is a long-time volunteer, leader, advocate, fundraiser and connector for tennis at all levels. Vegosen served as the 2011-2012 Chairman of the Board, President, and CEO of the United States Tennis Association, as well as Chairman of the US Open. He spent four years on the Grand Slam Committee, now known as the Grand Slam Board. In September, he completed a four-year term on the Board of Directors of the International Tennis Federation, including two years as Vice President of the ITF. At the end of 2015, he will complete nine years as a member of Board of Directors of the International Tennis Hall of Fame. Vegosen continues to serve as a member of the Board of Advisors of the USTA Foundation, the national charitable foundation of the USTA dedicated to bringing tennis and education together to change lives.

Vegosen has a legendary passion for collegiate varsity tennis and education. He served two years as Chairman of the USTA Collegiate Committee following two years as the Committee’s Vice Chairman. Vegosen co-developed PACT (Preserving American College Tennis) and became a leading advocate for varsity college tennis. He has spoken and written eloquently to help stem the tide of dropped collegiate varsity tennis programs, including authoring a New York Times Op-Ed entitled “Starve Football, Feed Athletics,” and a Tennis Week piece entitled “Death Penalty for Tennis.” Vegosen fervently represented varsity college tennis at hearings before the U.S. Department of Education Commission on Opportunity in Athletics and as a member of the NCAA/USOC Joint Task Force to address the decline of Olympic sports at American colleges. During his Presidency of the USTA, Vegosen created the Tennis and Higher Education Task Force to “determine how the USTA can best promote the importance and value of every American youngster obtaining a college education – and that tennis is the sport of opportunity for achieving this goal.”

Russell expressed his excitement in having the opportunity to work with Vegosen.

“Jon knows varsity college tennis inside out,” said Russell. “He is a brilliant, creative, tireless, and consensus-building leader who knows how to get things done. I can’t wait to work with him.”

Vegosen has been well recognized for his service to tennis and his community. He has been inducted into the following Halls of Fame: Intercollegiate Men’s; Northwestern University Athletics; USTA/Midwest Section and Chicago Tennis. He received the prestigious ITHF Samuel Hardy Award, and he and his family received the Ralph W. Westcott USTA Family of the Year Award. Throughout his adult life, Vegosen has supported JCYS, a social service agency in Chicago, to which he introduced tennis and raised funds to build tennis courts in order to help serve individuals with disabilities and underserved youth. In recognition of his many contributions, Vegosen was named a Director for Life. He was feted as the JCYS Man of the Year and the JCYS Champ Camp was renamed the Jon Vegosen Champ Camp in his honor.