Posted by TennisNews.com on December 22, 2015 in Business News 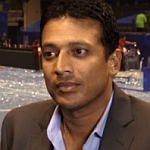 Mahesh Bhupathi is always looking for new sponsors for his IPTL.

Bhupathi sees the IPTL gaining credibility with sponsors, helped by the profile of its two biggest partners.

“The support has been very good and there’s been a lot of interest around the region,” he told the Straits Times. “It’s not been easy organizing something of this scale across four or five countries but we’ve learnt a lot in the past year.”

Bhupathi initiated the Asian league upon seeing the success of the IPL in cricket, which also features adjusted rules and condensed clashes.

Though there was a lot of skepticism initially in the industry, Bhupathi said signing Coca-Cola as a title sponsor in the first year and then seeing it take a minority stake in the league has helped attract other sponsors, as has signing Qatar Airways as a presenting sponsor. “It makes it easier to go out and speak to other companies and try to bring them on board,” said the former Indian player.

In Singapore, for example, OUE is putting in about a third of a million a year into the team. Other teams have also successfully signed title sponsors, though there has been some instability in ownership. While the Indian team saw Micromax drop its ownership position, it has stayed on a sponsor.

The league also added a team from Japan in its second season, and plans to add one more next time.

There were some criticisms of lack of attendance at Delhi, where tickets were priced between $66 and $700 and complaints a year ago about the seats being too far away.

Bhupathi is not targeting traditional tennis fans and wants to develop a following for the teams rather than the big names the IPTL has been bringing in.

“I hope to grow the IPTL such that people eventually are loyal to the teams and not just the players. . . Our target audience are families with kids. We’re appealing to a different crowd,” he said.

The IPTL playoff saw the Indian Aces playing the Singapore Slammers to win the title.