Murray Admits The Australian Open Was A Tough Event For Him

Murray Admits The Australian Open Was A Tough Event For Him
February 4, 2016
Notice: Undefined variable: page_title in /home/tennisne/public_html/wp-content/themes/dante-child/single.php on line 205

Posted by TennisNews.com on February 4, 2016 in Tennis News 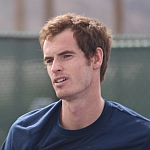 Australian Open runner up for the fifth time, Andy Murray maintained that reasons other than tennis have made the last two weeks the most testing tournament he’s ever played. However after being beaten once more by Novak Djokovic he admitted: “It feels like I have been here before.”

Murray certainly enjoyed the delight of seeing his elder brother Jamie finally win a Grand Slam event title in the men’s doubles after twice being disappointed last year at Wimbledon and the US Open. Still the off-court stresses of worrying each day how his heavily pregnant wife Kim was faring 12,000 miles away and then the added anguish of father-in-law Nigel Sears, coach to Ana Ivanovic, being rushed to hospital with apparent heart problems, all wore the second seed down.

He revealed he had been wait-listing himself for flights since so nearly withdrawing from the tournament a week ago after Sears’ hospitalization and had his bags constantly packed for a quick get away should his wife had gone into labor.

After suffering the 6-1, 7-5,7-6 final defeat to Novak Djokovic, Murray quickly left Melbourne Park for the airport to catch 1a.m. flight back to the United Kingdom.  “I’m proud that I got into this position,” said the Scot of reaching his fifth Australian Open final. ““However I’m quite looking forward to just getting home now.

“Regardless of today’s result, it’s been hard. Had I lost in the third or fourth round it still would have been difficult with everything that’s happened.”

Murray paid an on-court tribute to his wife, referring to her as a legend. “She’s been amazing,” he emotionally elaborated. “She’s handled everything unbelievably well. I have to thank her for allowing me to play and stay here with everything that was going on.”

Only briefly did Murray look back on the final before making his quick getaway and said: “I don’t know how far off I was from getting level with him tonight. In the first set I wasn’t there and obviously it’s not good to begin matches like that against someone like Novak.

“But I’m proud of the way I fought and managed to get myself back into the match and create chances for myself. I do think the second and third sets were very close but I could have played a bit better.

“Most of the matches we have played in Grand Slams, I think have been competitive. Whether that looks the same from the outside or not, I don’t know. For a three-set match to last two hours and 50 minutes, it shows there was a tough few sets.”

Murray insists he will not play for a month and is likely to make his return to action after paternity leave from tennis in the first round of Britain’s Davis Cup defense against Japan in Birmingham, starting on March 4.