Posted by TennisNews.com on February 15, 2016 in Business News 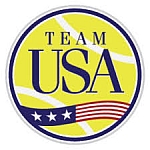 The USTA announced that USTA Player Development has created a new Team USA – Pro department within its organizational structure focused on providing American pro tennis players with coaching assistance, training and financial resources to help them reach the Top 100.

USTA Lead National Coaches Tom Gullikson and Kathy Rinaldi have each been promoted to leadership roles in the new Team USA Pro department and will lead its coaching efforts on the men’s and women’s sides, respectively.

The Team USA  Pro department was created to provide professional players ranked between Nos. 100 and 500 resources and assistance similar to what has been available to junior players since USTA Player Development first began to incorporate the Team USA philosophy into its junior development structure in 2014. Geoff Russell will assume a new role, as Senior Manager, Team USA Pro, overseeing the department’s administrative operations.

“When players move quickly into the Top 100, they have a much better chance of achieving rankings in the Top 50, Top 20 or Top 10,” said USTA Player Development General Manager Martin Blackman. “Team USA Pro will better enable us to maximize this opportunity for our American pros and help them achieve a ranking that gets them into the main draw of Grand Slam events, where we eventually want to see them competing into the second week.”

Additionally, USTA Player Development has reorganized its structure of National Coaches, creating teams of coaches who will focus on distinct groups of players: juniors, collegiate players and professional players. Richard Ashby (girls) and Andy Brandi (boys) have each been promoted to lead the junior coaching teams. The overall coaching reorganization comes as a move to assemble teams of coaches that will better be able to meet the developmental and training needs of those specific groups of players.

We are utilizing the expertise and commitment of our coaching staff to develop smaller and more sharply focused coaching teams in order to provide private-sector coaches and programs with a collective resource that specializes in a particular phase of development  junior, collegiate   professional,” Blackman said. “It also gives our USTA Player Development coaching leadership the ability to customize the strategies for the respective junior, college and pro bands, while giving the team members the flexibility to determine the tactics. Above all, our role is to use our resources and expertise to serve American players, parents and coaches, and, in the process, to learn from them.”