Posted by TennisNews.com on March 11, 2016 in Tennis News 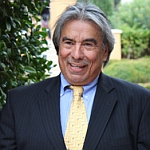 The USTA announced that Gil Reyes, Andre Agassi’s longtime strength and conditioning trainer, will begin working with USTA Player Development as a “master strength and conditioning coach,” while former world No. 7 Mardy Fish will continue his work with Player Development as an “expert consultant,” for Men’s Tennis, coaching and advising men in the Top 100.

Reyes will host select groups of American junior, collegiate and professional men’s and women’s players for strength and conditioning training camps at his Las Vegas facility. Reyes is widely known for training Agassi throughout his career, and Agassi credits Reyes’ training as a main reason for the eight-time Grand Slam champion’s late-career revival. Reyes has also worked with tennis players such as Caroline Wozniacki, Fernando Verdasco, Grigor Dimitrov and Sania Mirza, and partnered with Agassi to launch the BILT by Agassi & Reyes line of fitness equipment.

Fish has been brought on as an “expert consultant” for men’s pro tennis with USTA Player Development. Fish began working with Player Development in the offseason at the USTA Training Center – West in Carson, Calif., and will focus on coaching and advising men in the Top 100.

These are the latest in a series of moves made by USTA Player Development General Manager Martin Blackman. Fish was brought on late last year for the men’s pre-season training block in Carson, designed to help American pros and top juniors prepare for the upcoming year, in particular the Australian Open. It is part of a strategy to involve former champions and top American players in the development of current American pros and juniors. Other such former pros and champions to be involved have included Billie Jean King, Ivan Lendl, Jim Courier, Andy Roddick, Lisa Raymond, Jill Craybas, Michael Russell, Brian Baker, Marianne Werdel and Ann Grossman-Wunderlich, among others.

“Our approach is to look for systematic ways to give our players any competitive advantage that we can, in conjunction with and in collaboration with their private coaches,” Blackman said. “‘Let’s leave no stone unturned’ characterizes our approach to supporting our players, and the additions of Gil Reyes and Mardy Fish are a part of our ongoing initiative to re-engage master trainers, former players and past champions.”

More recently, USTA Player Development announced the creation of its Team USA – Pro department, led by Kathy Rinaldi and Tom Gullikson and designed to provide  professional men’s and women’s players with coaching assistance, training and financial resources to help the