Posted by TennisNews.com on February 28, 2016 in Results 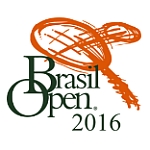 – Pablo Cuevas successfully defended his Brasil Open title with a victory over Pablo Carreno Busta.
– The 30 year old earned his fifth tour-level title and second in as many weeks after winning the Rio Open seven days ago.
– Cuevas is on a nine-match winning streak and improved to 11-1 on clay in 2016.
– Carreno Busta made the singles and doubles final in Sao Paulo, but was defeated in both. It was his first ATP World Tour final in singles and third in doubles.
– Julio Peralta and Horacio Zeballos made the most of their first ATP World Tour final appearance as a team by winning over Pablo Carreno Busta and David Marrero.
– The established partnership already had four ATP Challenger titles to its name, but was only taking part in its second tour-level event (2016 Quito) and improved to 5-1.

Cuevas: “It’s not easy to repeat because you have pressure as the defending champion, but winning in Rio against Nadal gave me a lot of confidence. I’m very proud of the way I handled the conditions here and to win again in Sao Paulo.

“My goal is to be in the Top 20 this year. I hope to keep playing like I’ve done in the past weeks.”

Carreno Busta: “I was very happy to be in both finals, but of course I would have preferred to win. In general it was a great week, a great swing in South America. Now I just have to work hard to maintain the results during the season.

“I wasn’t nervous in my first singles final, but I started feeling tired in the second set and did not play my best.”

Peralta: “In the first set, I did not play that well, to be honest. But in second, I did, making some good returns and putting pressure on them. That was the key today.

“I want to thank my partner Horacio for a great week. We hope to come back next year.”

Zeballos: “We were a little bit nervous in the first set, but we just focused on our game in the second set and we ended up playing very good tennis. We like the conditions. It’s also nice to play close to home. The people treat us very well here in Sao Paulo. It’s always nice to play in South America.”