Posted by TennisNews.com on March 20, 2016 in Tennis News 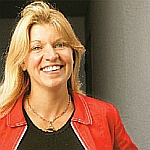 Nick Kyrgios and Bernard Tomic have been put on warning by Australian authorities that hotheaded antics and swearing outbursts which seem to be mainly tolerated on court in tennis could get them a one-way ticket home from the Rio Olympics.

The pair of talented bad boys got the hard word from the country’s Olympic Chef de Mission Kitty Chiller, who says that while tennis might accept the behavior, that won’t be the case at the August Games. “I have been very strong in this right from the start,” Chiller told Melbourne’s Herald-Sun. “I won’t be afraid to make an example of someone. It has been a real focus of the last two years.

“When push comes to shove, I won’t be afraid to discipline someone if they are not adhering to standard we expect. And that relates to every member of the team, athletes and officials. I will be sending people home if they don’t respect what they are part of and don’t respect other members of the team.

“How we operate off the field is just as important as what we do on the field. I want an Australian team that Australia is proud of.”

The Olympic boss added that it’s not only tennis which she feels is a bit slack on discipline. “It’s not just tennis but some of the values are not what I would want our Olympians to exhibit. I have already had conversations with Tennis Australia. Alicia Molik (team leader) is on the same page as I am regarding what is acceptable. The guys really respect her. She is very strong on how you behave.”