Posted by TennisNews.com on March 25, 2016 in Business News 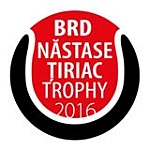 Frustrated tennis billionaire Ion Tiriac has finally reached his breaking point: the most colorful of the original professional tennis generation from four decades ago has decided to sell the license for his money-losing Bucharest ATP event.

It’s not that Tiriac, with deep pockets lined by successful years in the business and financial world, did not give it a go. But even a billionaire cannot always win in the Romanian bureaucratic arena.

“I can’t make a fool out of my name,” local media reported the fiercely mustachioed Tiriac as saying. “I’ve done everything possible to make this tournament possible. I bought the license from a Romanian, I paid all the debts and I think we’ve managed to have a decent tournament in Bucharest.”

The April clay event is now a month off, but there is little hope for improvement to a barely adequate infrastructure. Tiriac has been most annoyed that lazy civil servants have not seen fit for boost his hopes for improvements to the crumbling “Progresul” complex.

The area is controlled by Romania’s National Bank, but has been ruled unfit to host tennis due to the lack of a bit of official paper from the government – which is not forthcoming.

It appears that the snag could be enough to kill the event – and make Tiriac even more determined to get well away from what has proved to be a poor investment.

The upcoming edition will have to be cobbled together with play allowed only on a pair of side courts, with temporary stands limiting spectator attendance to the hundreds instead of thousands.