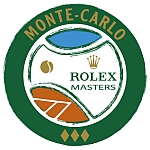 What The Players Said
Nadal: “It was a very important week for me. I feel much better than I did last year. The victory here confirms that I’ve been better. Monte-Carlo is one of the most important places in my career and it’s so special to win here after three years.

“Winning nine times here is unbelievable, and competing well two weeks in a row is something positive.”

Monfils: “I knew [Nadal] was confident. He’s a great champion and puts more into it at the right moments. You’re just submissive to his power. Suddenly in the third set, he increased his power and I just couldn’t cope.”

Herbert: “We have been very humble on the court during the last month and a half. After losing the first set, we could have been overwhelmed in the second. But we weren’t. We kept fighting. That means in the long-term, we can be consistent day after day.”

Mahut: “We were playing well and we also had some luck. When you win matches, you’re more confident and you’re able to relax when you play the important points. It can turn a match around, especially in the (match) tie-break.”