Posted by TennisNews.com on May 8, 2016 in Results 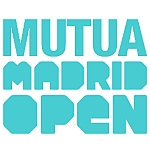 – Novak Djokovic claimed an unprecedented 29th ATP World Tour Masters 1000 title, holding off Andy Murray in Madrid.
– It was the World No. 1’s second victory in the Spanish capital and 64th overall at the tour-level, pulling level with Pete Sampras and Bjorn Borg for sixth place on the Open Era titles list.
– Djokovic now leads Murray 23-9 in their FedEx ATP Head2Head rivalry, claiming his 12th victory in their past 13 matches.
– Murray was bidding for his 36th tour-level title and 12th at the Masters 1000 level.
– Jean-Julien Rojer and Horia Tecau won their first Masters 1000 title as a team, beating defending champions Rohan Bopanna and Florin Mergea.
– Rojer and Tecau lifted their 12th trophy overall from 15 finals on the ATP World Tour.

What The Players Said

Djokovic: “This came at the right time.I had an amazing opening four months of the season. Then an early exit in Monte-Carlo, but it happened for a reason, because I needed some time to really recharge my batteries. Three weeks was more than enough to get some freshness and new breath and get ready for Madrid. I came here early, got used to the conditions, and played a really fantastic tournament that will definitely serve as a great confidence boost before Rome and the French Open.”

Murray: “I obviously fought hard today… There was a period there – if you watch it back – the game I got broken [in the third set], I made three unforced errors in that game. That was disappointing. Then obviously the last game I don’t know how many break point chances I had, but must have been six or seven.

“Both of us were pretty clinical on the break points up until the last game for me. That’s why he’s No. 1 just now. He fought very hard in that game and served well when he was a bit nervous. At the end he came up with some big serves and got himself some free points and did well.”

Rojer: “They are a great team, and also friends. It’s never easy to play these matches and it’s difficult for all four guys.”

Tecau: “I want to thank my partner for having another great week. We were struggling for a few weeks, couldn’t win a lot of matches… It feels great to play well together and get another title.

“We’ve been chasing this one for almost three years. We’re really excited to get this one because it comes after having a few early exits in Masters 1000 events this year. So it means a lot to us.”