Djokovic Explains His Goal For Higher Prize Money Was For Both Men And Women
March 23, 2016
Notice: Undefined variable: page_title in /home/tennisne/public_html/wp-content/themes/dante-child/single.php on line 205

Posted by TennisNews.com on March 23, 2016 in Headline, Tennis News 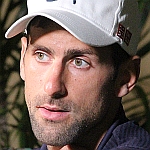 Peer pressure is a powerful thing and Novak Djokovic has apologized for his much-criticized remarks on top male tennis players deserving more prize money than their female counterparts after the likes of Serena Williams and Andy Murray voiced their abject disagreement.

The Serbian world no.1 took the Facebook with his attempt at contrition.  “As you all know, I care deeply about the future of the game and all of the players,” Djokovic said. “Tennis helped me so much in my life and being where I am today, I felt the need to speak about the fairer and better distribution of funds across the board — this was meant for both men and women.

“We all have to fight for what we deserve. This was never meant to be made into a fight between genders and differences in pay, but in the way all players are rewarded for their play and effort.

“Tennis is a sport that I love and that gave me the opportunity to help others who still have a long way to go to achieve their dreams. This was my view all along and I want to apologize to anyone who has taken this the wrong way.”

Djokovic previously applauded the long-standing fight for equal prize money that finally came to fruition nine years ago. On Sunday he said:  “I applaud them for that, I honestly do. They fought for what they deserve and they got it.

Djokovic’s counterpart in the women’s game, WTA world no.1 Serena Williams led the counter-argument yesterday, first saying: “It has been disappointing.”

Then the winner of 21-times Grand Slam singles titles, broadened the debate when she continued: “If I have a daughter who plays tennis and also have a son that plays tennis, I wouldn’t say that my son deserves more because he is a man. If they both started at three years old I would say they both deserve the same amount of money.

“I have been playing since the age of two and it would be shocking to say my son would deserve more than my daughter. It is irrelevant. Novak is entitled to his opinion but if he has a daughter – I think he has a son right now – he should talk to her and tell her how his son deserves more money because he is a boy.

“It all boils down to that. I would never put a sex against another sex. I think it’s unfair to compare , we have had so many great women champions and players who have brought such great vision to the sport. There have been great men players too, but women’s tennis is the biggest sport for women – period.

“Men’s tennis is not the biggest sport for them but it’s still huge. You do have soccer, football and basketball. Everyone works really hard. Once again, it all boils down to how you’d explain it to your kids.”

Murray has shown his regard for women in tennis by appointing former no.1 Amelie Mauresmo as his coach  nearly two years ago. And as much as questioning Djokovic’s remarks, he is clearly also at odds with ATP Player Council member Sergiy Stakhovsky, who has previously derided parity in prize money.

“Everyone is entitled to their own opinion and can have different views, “said the second ranked Scot after a practice session to prepare for the Miami Open. “One of the things Novak said was that if women are selling more seats and tickets they should make more but at a tournament like this [the Miami Open], for example, if Serena is playing on centre court and you have a men’s match with Stakhovsky playing, people are coming to watch Serena.

“The crowds are coming to watch the women as well. The whole thing just doesn’t stack up – it changes on a day-to-day basis depending on the matches you get. Men’s tennis has been lucky over the last nine or 10 years with the players they’ve had, the rivalries which have come out of that.

“That’s great but the whole of tennis should capitalize on that – not just the men’s game.

“I have no idea of the meetings that go on and the discussions which are had. The slams are probably less complicated to figure out.”

Murray has previously stated that perhaps a way of bringing to two sexes into line would be for the top women players to take part in more best-of-five sets matches and he added: “I think there should be equal pay, 100%, at all combined events.

“I think it will happen one day. Maybe if there is a tournament in Acapulco one week and then another one in China for the women, I don’t know how that would work [for equal prize money] but at the combined events, it will be equal.”

And Murray was left wondering about the timing of former BNP Paribas Open tournament director and chief executive Raymond Moore’s remarks that sparked the whole controversy. “It was just so strange, right before a great women’s final, there were 16,000 people in the stadium waiting to see them play,” he said.

“The whole thing was very strange and very disappointing. I don’t understand at all where he was coming from at all with those comments. It made no sense at all.”

John Isner, of the United States, also had a view. ”I think those comments were in a bit of poor taste and have caused somewhat of a controversy now,” said the world no.13. “As far as our tour is concerned, the ATP is fighting for what we think we’re worth and the WTA is doing that as well.”