Becker Disagrees With Murray’s Suspicions About Drug Use On The Tour
April 26, 2016
Notice: Undefined variable: page_title in /home/tennisne/public_html/wp-content/themes/dante-child/single.php on line 205 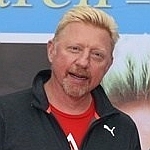 Andy Murray has refused to buckle to Boris Becker’s criticism that the Scot was out of order in airing his suspicions that some of his opponents may have used performance-enhancing drugs.

Murray did not risk any legal issues by not naming specific names but insisted he will not stop him voicing his concerns that doping to aid recovery and improve performance remains a threat to the integrity of top-flight tennis.

“I think sport in general over the years has sort of had a distrust really because of everything that’s happened over the years,” said the world no.2 who is today in Majorca, practicing with a group of leading players including Milos Raonic in preparation for the upcoming Masters 1000 series events in Madrid and Rome.

“It’s obviously our job as tennis players and athletes to try to make sure it is as clean as possible. It’s unlikely you are ever going to have a perfect sport but we want as athletes to be competing in one and I will continue to fight for that.”

“We have random drug-testing and unless it’s proven, they are 100 per cent innocent.

“So to assume something because somebody has won a grand slam or is fitter is totally out of order. Andy is one of the fittest players on the tour – he often outlasts players and nobody is questioning his ethics.

“I believe 100 per cent Andy is clean. Roger [Federer] is clean, Rafa is clean, all these guys are clean. Novak gets tested a lot. That can mean twice in a grand slam.”

Meanwhile Murray has cast doubt on whether he will after all be available to play for Britain in the Davis Cup quarterfinal against Serbia in Belgrade a week after Wimbledon.

The decision by the Serbs to play the tie on clay rather than hard court has caused Murray to reflect on his original statement that he would play in all Britain’s ties this year. The prospect of going from grass to clay and then hard court for the Olympics in Rio de Janeiro in less than a month is an arduous one.

“It’s tough and just makes things more difficult at that period of the year,” said Murray, aware the Britain has not won a World Group tie, home or away, without him in the team for 30 years. “I thought that maybe they would put it on a hard court.”