Americans Come Out in Force at Charlottesville Men’s Pro Challenger

Posted by TennisNews.com on November 6, 2015 in Tournament News 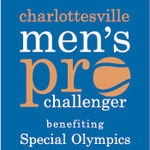 American’s came out on top today, winning all four singles matches at stake. The American duo and No. 2 seeded team of Chase Buchanan and Tennys Sandgren also advanced to the semifinals of the doubles competition.

Kicking off the day was American Stefan Kozlov and Great Britain’s David Rice. The two qualifiers quickly started with long rallies, but Rice was able to get a early break and took the first set rather easily. Kozlov started to find his game in the second set and while his first serve percent was still only at thirty-seven percent, he stayed in the longer points, forcing a deciding set. Kozlov fired in two aces and was able to win the match 2-6, 6-4, 6-2 in just over two hours.

Next up was fellow American teen, Tommy Paul, as he took on Frederik Nielsen. Paul came onto the court with determination and stride, winning fifty-six percent of total points. Paul quickly won the match 6-3, 6-3.

No. 6 seed and Jared Donaldson then faced off against qualifier and 2014 Wimbledon Boy’s Singles Champion, Noah Rubin. The two American teens slugged it out for just under two hours, but it was Rubin who came out on top winning the match 6-4, 1-6, 6-3.

In the final singles match of the day, rising American teen, Frances Tiafoe, took on USTA Pro Circuit Tour Veteran and fellow American, Alex Kuznetsov. Tiafoe quickly won the first set 6-2, but after a series of line calls that did not go his way, he lost his composure and Kuznetsov quickly took hold, winning the remain sets 6-3, 6-0.

Singles quarterfinals action will get underway at 11:00 a.m tomorrow, and with six American’s remaining in the field, we are sure to be in for a real treat.