CTL And IPTL Are Battling For Tennis Success

Posted by TennisNews.com on November 7, 2015 in Business News 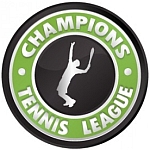 The owners of the ”Champions Tennis League”(CTL) plan to keep pushing for more visibility and financial profitability, saying they are not attempting to compete with the International Premier Tennis League (IPTL) but build a smaller league within India.

The league saw two of its six teams, Delhi and Bangalore, not return following the first year — two smaller cities have been given teams instead. It is also in a financial dispute with the previous owners of the team based in Pune.

Two top names — Leander Paes and Agnieszka Radwanska — have also not returned, though others like Jelena Jankovic are playing again and Flavia Pennetta is also scheduled to compete.

The league is a joint initiative between former player Vijay Amritraj and the All India Tennis Association, with one of its goals to provide playing opportunities for Indian players and get junior participation. It had attracted a few top 10 and top 20 names. The larger-scale ITPL, the product of another former player in Mahesh Bhupathi, is played in various Asian cities and attracts many of the big names.

“From a financial perspective, one of Mahesh’s team value is entire value of CTL. His one team is six million dollars, our entire league is six million dollars,” CEO Arjun Rao, speaking to PTI, noted. “There will be change of heart, change of interest. But the corporate interest is increasing. We are anticipating 300 to 400 per cent growth in sponsorship.

“It’s a long term plan. Tennis and tennis leagues, have to get credibility in the minds of the sponsors.”

The league will not have the two biggest national attractions, Sania Mirza and Paes, who was one of the top names in the first year. The CEO suggested that Paes was an expensive presence but also a limited one because he could only play doubles.

“Not having Leander and Sania as part of CTL is not such a bad thing because we have the best of both in Martina Hingis. Leander is a phenomenal doubles and mixed doubles player. The problem is [to] put him in singles against. . . former Grand Slam champions.”

Of Radwanska, he said, “She preferred to play IPTL because she was offered more money.”

Each team pays about $900,000 to be in the league, but player salaries are paid by the CTL. Teams consist of one retired male player, one men’s player, one women’s player and an Indian player. Others scheduled to play include Feliciano Lopez, Fernando Verdasco, Andreas Seppi, Marcos Baghdatis, along with retired players like Richard Krajicek.