Posted by TennisNews.com on November 19, 2015 in Tournament News 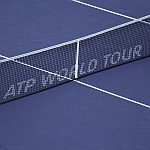 The ATP board has approved two tournament moves for next season. The 250 event at Bogota looks set to move to Los Cabos, Mexico, following its sale due to financial difficulties.

The 250 event at Valencia will relocate to Antwerp, also because of financial difficulties.

The ATP board approved the purchase of the Bogota tournament by the Pegasus Group, which also owns the ATP 500 event at Acapulco and 250 event at Quito.

“From the negative impact of the economic conditions in Colombia on obtaining private and public sponsors, and the devaluation of the peso against the dollar, it has affected the cost deficit by 50 percent,” said the organizers of the Colombian tournament, which has been played for two years.

With an additional 8.5 million pesos required for a profitable tournament, a decision was made to transfer ownership of the event.

Valencia has not found a title sponsor for the tournament, and its government backing has also seen a reduction.