Great Britain To Host Japan In 2016 Davis Cup First Round

Posted by TennisNews.com on November 22, 2015 in Tennis News 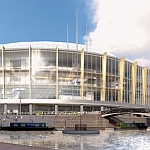 Most British tennis minds are focused fully on next week’s Davis Cup final against Belgium in Ghent and all the obvious security issues connected with a major sporting event being staged little more than 30 miles away from Brussels where much terrorist activity has taken place following last week’s attacks in Paris.

However, Britain’s Lawn Tennis Association has still found time to announce that their team’s first round tie next year, at home to Japan, will be staged at the 9,000 seat Barclaycard Arena in the center of Birmingham.

The announcement means a shift away from the tried and tested British strategy of playing home ties north of the border in Scotland at Glasgow’s Emirates Arena with six of the last eight ties being contested in Glasgow.

But the Birmingham venue does have a Davis Cup tradition after staging the memorable centenary tie between Britain and the United States in 1999 that saw three thrilling five-set rubbers over the weekend. The tie culminated in a hugely tense late night battle between Greg Rusedski and present day US captain Jim Courier that the American won 6-4,6-7,6-3,1-6,8-6, thus clinching the World Group first round tie 3-2.

British captain Leon Smith said: “We are delighted to be heading to Birmingham for the first-round of our 2016 Davis Cup campaign. It is a city with a great sporting history that has hosted some incredible Davis Cup ties in the past.

“Our fans have supported us so well this year and they really make a difference. Japan will be a tough contest but I’m sure the Birmingham fans will get right behind us and make as much noise as they can.”

Councilor Ian Ward, Deputy Leader of Birmingham City Council, added: “The return of the Davis Cup to Birmingham is absolutely fantastic news for the city.

“Birmingham is a city renowned for staging major sporting events and this year alone has successfully hosted two Rugby World Cup matches at Villa Park, the Ashes at Edgbaston, the Diamond League athletics at the Alexander Stadium and another fantastic tennis event, the Aegon Classic Birmingham at The Edgbaston Priory Club.

“The National Indoor Arena – now the Barclaycard Arena – became known as the home of the Davis Cup, having hosted six ties between 1999 and 2007, bringing sell-out crowds and a truly electric atmosphere.”