Djokovic Could Have Missed Indian Wells Because Of Davis Cup

Djokovic Could Have Missed Indian Wells Because Of Davis Cup
March 22, 2016
Notice: Undefined variable: page_title in /home/tennisne/public_html/wp-content/themes/dante-child/single.php on line 205 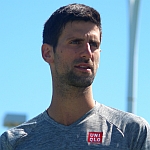 Novak Djokovic was very nearly a no-show at the Indian Wells Masters, tournament director Raymond Moore has revealed. The boss of the biggest of the Masters 1000 series blamed uncomfortable Davis Cup scheduling for the situation in which the world No. 1 could have missed the first Masters of the season.

Djokovic barely made the Davis Cup win at home in Belgrade after contracting infections in both eyes in Dubai the week before. He managed to play, leading his nation into the quarter-finals over Kazakhstan. But such was his health that the top draw card was only a sure thing for his flight to California with hours to spare before the start of play.

“Djokovic almost didn’t come because of Davis Cup, we had to wait two days after the Davis Cup tie for him to be cleared to fly from Serbia,” Moore said. “On Tuesday, tournament starting Wednesday, I didn’t know if Djokovic was going to make it.”

Moore says the situation arose due to the Davis Cup calendar, which jumps all over the map on an annual basis, never settling in one set of dates for its demanding four-times-per-year ties.

“The ITF really need to look at this competition and just the whole competition,” Moore added. “They play the final in the first week of December. They have already made the draw for the following year. It really just makes no sense to me. They’ve got to change that. And the biggest thing is they’ve got to change where it’s played. If they did that, they may get all the top players to play.

“It’s a great competition – the ideal place in the calendar to put Davis Cup weeks is the week after a slam. Why don’t they do it? Because the slams are owned by the national associations and they don’t want to. But it really impacts the rest of the circuit throughout the year.”

Moore said that playing Davis ties the week after a major would inconvenience only the finalist at the event which had just been completed.

“Everyone else is out. 126 players have tried and they’re gone, most of them in the first week, more than 50 per cent.

“They’ve got time to travel to these far-off places to play Davis Cup. If they put it the week after, it helps the rest of tennis. It’s a very selfish thing the ITF do in the way they schedule Davis Cup.”