Defending Champion Micromax Indian Aces Off to a Winning Start

Posted by TennisNews.com on December 2, 2015 in Results 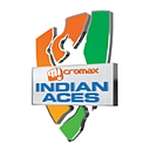 Making their IPTL debut in season two, the Legendari Japan Warriors won hearts in a packed arena, even as the Micromax Indian Aces won a closely contested battle that finished 25-24 in favour of the Aces.

Coach Fabrice Santoro won the toss for the Aces and elected to serve
It was sizzling tennis as match 2 started with mixed doubles action that saw Sharapova / Herbert facing the Indian doubles duo of Mirza / Bopanna showed why they are individually and collectively a doubles powerhouse. In what was clearly a neck-to-neck battle, the home advantage worked in favour of the former team, with Sharapova/Herbert winning 6-5
The women’s singles saw Sharapova win yet again to much joy of the home fans who were out in huge numbers to support their home team. Hitting three aces, Sharapova won the match 6-4 against Stosur giving the Warriors a huge boost whilst unsettling the defending champions yet again
Getting their groove back, the Aces were quick on their feet to win the next two sets in quick succession. In the legends action, tennis fans got a glimpse of ‘Magician’ Santoro who won the game convincingly for the Aces, with his innovative style of play and trick shots closing it at 6-2
In what was perhaps the most awaited match of the evening, home star Kei Nishikori took to the courts for the men’s singles against Gael Monfils amidst a thunderous applause. In what was an evenly contested battle, Nishikori closed out the set 6-4, even though his team lost the match in overall games won

What the Players said:

Maria Sharapova: “It’s great to be playing at the IPTL. The team environment is a good one for us to feed off each other’s strength. Besides, we don’t often get to see players like Marat and Fabrice, and for them to come out and play with the power that they did, is lovely. We had a lot of options on the bench today, which is great. I love Japan, its culture, the food, the discipline that people follow here. I’ve been to a lot of cities in Japan, but this was my first time in Kobe, and I’m enjoying it here. It’s great that the IPTL can take tennis to newer places and bring fans closer to their stars.”

Kei Nishikori: “It was great experience for me to be a part of the IPTL because I got to could play with so many great men’s and women’s tennis players, with whom you do not usually play. I especially enjoyed playing and sitting alongside the legendary Marat Safin. This would be my most memorable moment from the IPTL today.” He added, “I don’t usually play doubles. So I was happy with how Herbert did a great job today, especially his volley, in the doubles game tonight. I could not hit the ball comfortably today, but I will make sure I adjust to the court and do my best tomorrow.” On playing with Sharapova as a team-mate, Nishikori added, “Her play is so powerful and impressive. I can now tell why and how she is playing on top of the world.”