Posted by TennisNews.com on December 6, 2015 in Tournament News 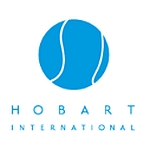 22-year-old Stephens, an Australian Open 2013 semifinalist, headlines the strong field in her third appearance at the tournament.

Cibulkova, a proven performer in Australia, reaching the Australian Open final in 2014 and quarterfinals in 2015, will make her Hobart debut.

2015 champion, Watson, returns in pursuit of becoming the first player to win the tournament back-to-back.

Hobart International Tournament Director Mark Handley is looking forward to welcoming a quality line-up of women to the Domain Tennis Centre in January.

“We are extremely excited to welcome the 2016 field to Hobart and to have the opportunity to host some of the world’s top female players,” Handley said.

“2016 looks to be one of the strongest fields we have ever had, with two Grand Slam finalists, as well as some of the rising stars of the game.

“The strength of the field emphasizes how valuable the tournament is to the women’s tour ahead of the first Grand Slam of the year.

We encourage the community to come out and support the players and enjoy a day out at the tennis,” Handley added.

The official field for Hobart International 2016 is as follows:

Hobart International 2016 will take place at the Domain Tennis Centre from 10 to 16 January 2016.