Posted by TennisNews.com on December 21, 2015 in Business News 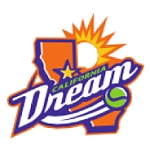 The WTT team in Sacramento is once again having financial problems, with a supplier suing the team for an unpaid amount of more than $19,000.

The Sacramento Bee, which could not reach the California Dream majority owner, Jeff Launius, quoted a minority owner saying his investment in the team had cost him $175,000  and he would not be returning. That same minority owner, Bob Kalski, also said that the team owed suppliers $192,000 for the season.

The team has seen numerous owners leave it with financial difficulties. In 2010, the team’s ticket earnings were ordered confiscated by a court to pay the debts of owner Lonnie Nielson, who was convicted of a real estate scheme. The next owner, Bob Cook, had a  hotel development project which filed for bankruptcy.

The team was bought by Deepal Wannakuwatte, who planned to move to Las Vegas. But he was convicted of a scam connected to his medical supply business. The team received a court order to return $100,000 of the $150,000 given to it by him, just before his arrest.

The owner of the Texas Wild, Launius, then moved his team to Sacramento. However, there are now again question marks about its state. A WTT spokesperson said the team still had time to fulfill its commitments.

Sacramento is a longtime WTT member, but does not have a permanent stadium for the team. It ranks sixth in the league for attendance.