Posted by TennisNews.com on January 21, 2016 in Tennis News 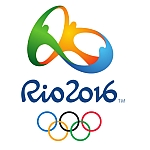 After the dark cloud of corruption and match fixing has shrouded the initial days of the year’s first Grand Slam tournament at the Australian Open, International Olympic Committee is preparing unprecedented measures to ensure this summer’s Olympic Games in Rio de Janeiro are not blighted with the same problems.

In the view of the IOC, the manipulation and coercion of competitors by gambling cartels rivals doping when it comes to ensuring the integrity of the Olympic competition. So the sporting federations of every country competing heading to Brazil in seven months time will be forced to comply with the new Olympic Movement Code on the Prevention of Manipulation of Competitions.

This summer’s Olympic Games will be the first to operate under a formal Code of conduct as the IOC steps up its fight against the manipulation of contests and illegal gambling activities.

The Code was quietly formulated last month and readily accepted by the executive board of the IOC who already have their IBIS intelligence system in place along with agreements with Interpol and the United Nations Office on Drugs and Crime.

However, the recently released report on match fixing in tennis by the BBC and BuzzFeed News has given it an added relevance and the basis of the code is to lay down a blanket set of regulations for every sporting body.

Any athlete or team official heading for Rio in just under 200 days will be covered and the threat is clear with anyone found guilty of a violation set to be sent home immediately and potentially banned from any further competition for life.

Any betting on competition by all competitors is banned and any approach from a potential match-fixer must be reported immediately or disciplinary action will be taken.

The tennis players heading for Rio are some of the highest paid sportsmen and women in the world but even in 2016, many competitors in other sports are still effectively amateurs who could be potentially swayed by the possibility of attaining large sums of money.