Serena Williams Has Olympic Gold Medal As Top Goal For 2016

Posted by TennisNews.com on March 10, 2016 in Headline, Tennis News 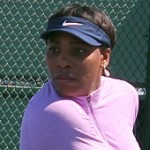 Even though she has been missing in action from tennis since the Australian open, Serena Williams occasionally resurfaces. now the world No. 1 has defined her goals for 2016, with the summer Rio Olympics at the top of the pile.

After playing only the Australian Open since her US Open semi-final loss to Roberta Vinci last September, the 34-year-old has laid low and indulged in her off-court life, dropping out of a tournament or two at the last moment along the way.

With Indian Wells this week now on her competitive plate, she has again come to the surface. “Whenever I lose, it definitely motivates me to do better,” she said six weeks after losing the Australian open final to German Angelique Kerber. “There’s a lot from that match that I feel I can improve on and do a lot better. Hopefully I will achieve that this year. I was ready to go in Australia and I will be ready to go (again).”

Williams, with four Olympic gold medals, is keen to add a fifth before her career is up. “Tennis players never really thought about winning the Olympics, you grew up thinking about winning grand slams, but now, with tennis in the Olympics, of course you think about it.

“The Olympics have had such a big impact on everyone. (The Games) will probably affect my schedule a little bit and I probably won’t be playing as much because I will be in Rio. I am really looking forward to it.”

Williams said that she will remain wary of the mosquito-borne Zika virus which is currently plaguing Brazil, causing more than 4,000 suspected cases of microcephaly, which affects infants. “I’m going to have to read a little more about it, I definitely think it’s something that you want to be careful about and we will see what happens.” The WHO has declared the disease a global emergency, with some athletes ready to renounce the Games in the interest of their health.