Posted by TennisNews.com on January 31, 2016 in Business News 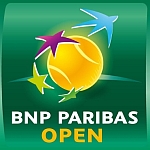 The BNP Paribas Open, to be held March 7-20, 2016 at the Indian Wells Tennis Garden, has announced its #TennisParadise sweepstakes whereby tennis fans around the world can enter to win a tennis trip of a lifetime to the 2016 BNP Paribas Open, it was announced by Chief Executive Officer Raymond Moore.

To enter the drawing to win a VIP trip for two to the 2016 BNP Paribas Open, fans must share a photo of their version of #TennisParadise on Twitter and Instagram while incorporating the hashtag in their post. After posting to Twitter or Instagram, fans must visit www.bnpparibasopen.com/tennisparadise and claim their photo on the website. Fans can also upload their submissions directly by visiting the URL. Fans should reference the Terms and Conditions, as age and residential limitations apply.

A secondary prize awards fans with a two-night stay at an Indian Wells luxury hotel property (between April 1 – December 31, 2016) and the opportunity to play tennis on the same courts as the professionals at the Indian Wells Tennis Garden.

“The combination of the BNP Paribas Open, Indian Wells Tennis Garden, amazing scenery and activities of the surrounding region creates Tennis Paradise,” said Moore. “This sweepstakes is a fun way for us to give some fans a chance to experience Tennis Paradise and shape lifelong memories.”