Posted by TennisNews.com on June 7, 2016 in Business News 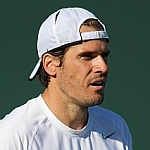 The position of tournament director at the BNP Paribas Open at Indian Wells has been filled by Tommy Haas, the tournament has announced.

Haas has been appointed condition to the approval of the ATP and WTA tours. “This is really something I’m looking forward to doing, and I couldn’t be more happy about this new position I’m taking on,” Haas said in a conference call.

He spoke of the importance of the women’s event to the tournament, saying, “We need the women, just like always. It’s a combined event. To have one of the best tournaments, where the best female players and the best male players come together is such an important thing for us, and we know that.”

The 38-year-old German said he had first expressed an interest in the position when Steve Simon left to become WTA CEO, but longtime tournament organizer Moore was chosen. Haas said he has a “very, very great relationship” with tournament owner Larry Ellison, and the LA-based player plans to commute regularly to the tournament.

Addressing the appointment of Haas, tournament CEO Steve Birdwell  said in a statement that Indian Wells was looking for a tournament director who “will engage with players, sponsors and fans,” and Haas is “well-regarded by his peers on both tours,” he added.

Haas has not hung up his racquet, saying he would like to play a few events next season. According to the ATP, however, he cannot award himself a wildcard into the tournament he runs.