Posted by TennisNews.com on February 14, 2016 in Results 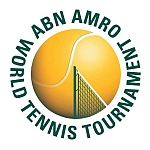 .•    Martin Klizan captured the biggest title of his career as he rallied from a set down to defeat fifth seed Gael Monfils 6-7(1), 6-3, 6-1
•    The left-hander saved five match points to upset sixth seed Roberto Bautista Agut in the quarter-finals and fended off three match points in a hard-fought semi-final win over Nicolas Mahut.
•    The Slovak captured his fourth ATP World Tour title (4-0 finals record), adding to the trophies he lifted at the ATP World Tour 250 tournaments in St. Petersburg 2012, Munich 2014 and Casablanca 2015.
•    The 29-year-old Monfils was bidding to win his sixth ATP World Tour title and drops to a 5-18 finals record. The Frenchman’s last title came two years ago against Richard Gasquet in the 2014 Montpellier final.
•    Nicolas Mahut and Vasek Pospisil captured their first ATP World Tour doubles title together as they defeated Philipp Petzschner and Alexander Peya 7-6(2), 6-4 in the final.
•    The 34-year-old Mahut captured his 11th tour-level doubles title. It is his second victory in Rotterdam, having lifted the trophy in 2014 with countryman Michael Llodra. The 25-year-old Pospisil won his sixth ATP World Tour doubles crown.

Klizan: “I cannot believe that it happened. It was my dream to be on the board with these unbelievably great players. It’s an amazing feeling. Every day I was just fighting. Most of the time I had three-hour matches every day, so the only thing I could do was fight. In the end I saved so many match points. I still cannot believe it.

“In tennis you play best-of-three or best-of-five, so there is always the chance to win the match. So I just tried to fight until the last point and it was a good option.

“This is the best result in my career so far. I’m very, very proud of it. Also in our country, maybe I can be a motivation for the young players. I’m very happy for that.”

Monfils: “Martin played a very good match. I think he just played a brilliant match today, better than me, so well done to him. I had good matches, but still it’s tough to lose in the final.”

Mahut: “It’s my second 500 title and my second time here, so I think it’s a great tournament for me. I’m really proud of the week and I’m really happy to share it with Vasek; he’s a really good guy. We were a little bit disappointed last year to lose in the first round. This year we tried again and we’re really happy to hold the trophy.”

Pospisil: “We played a really good match. We didn’t make any mistakes and we didn’t give them too many looks on our service games, which was key. We were serving well and putting a lot of pressure on them. Obviously, it helps to have a great partner so I think I got lucky there as well this week! We’re thrilled we got the win today.”